HAHAHAHA MAN, ARE YOU THAT STUPID?

So I’m new, and I have been invited on by Crim to conduct/narrate/arc-lead/unsure the right term an RP of some kind. Traditionally, my forté has been in historically-themed games that contained varying levels of magic/monsters, depending on the setting.

But in general, my experience has been in tabletop games, in-the-flesh or online. I am usually the DM/Narrator of games. I have not had experience in the PBP method before, So this is a learn-on-the-run experience for me. So thanks for your patience in advance.

I’d be excited to narrate/story-set/whatever a semi-historical campaign, with as much/as little fantastical elements as y’all would like.

To get some ideas out and see what sticks, a few possibilities are below:

“Cold Warhammer” 40K: In the grimdark of outer space, the Glorious Red Army continues the timeless proletariat crusade against the capitalist mechanizations of the American imperial conspiracy. The seemingly limitless possibilities of planetary settlement seems to allow the Cold War to go on forever, but as the perils of the Void and the galactic factions reveal themselves one-by-one, the earthly competitors find themselves not only in a rush to weaponize and tame the forces of space, but in a battle for their own survival.

Reincarnation: From the Steppes of Persia through to the jungles of Bangladesh, the people who labor and live in Indostan know that life doesn’t matter. Well, not that much anyway. No matter how or when you die, you just keep coming back! Depending on the whims of the gods, the immutable laws of duty and karma, and the wild coincidence of birth and luck, anyone could become anyone for doing anything. But despite the cycles of invasions, kings, prophets and whatnots, many in Indostan just try to get back to work, diligently doing as they do, hoping for a better life next time…

Polynesia: The islands across the wide seas are a source of adventure, challenge, and any numbers of trophies to pick up. As the competent sailor(s) go from island to island, any number of tricksters, monsters, and chiefdoms may be found.

Spanish Conquest: For the Glory of Spain! The crown ordains that all of the New World be brought under the loving banner of Spain and Christ. Beyond the safety of the Coastal outpost, all manner of wonders await the bold (or foolhardy, or both) Spaniard. Ferocious tribes of nomadic Indians who have already swooped up the use of the horse prowl the prairies. Stone temples the size of cathedrals swallows hundreds of victims for their cunning priest-kings. And amidst the gold-crazied, the God-serving, and the heathen-saving, there’s you. What will you make of this new World?

WWII: The Germans have struck a thunderous offensive into the industrial center at Stalingrad. Glorious Comrade Stalin has ordered the city not be evacuated to ensure production for the war effort of as long as possible. As the Germans continue to approach and even surround the city, street-to-street fighting is inevitable. Braced for hell, the abandoned citizens of Stalingrad prepare to endure, for as long as they can, the perils of starvation, loss of homes, the scrutinizing eye of the commissar and the Germans themselves.
Top

First off, I wanted to formally issue a warm welcome. I'm sure in your mad excitement to post and get involved in this Crab Radish "community," you may have not noticed that these boards look, as they say in the streets, "dead as fuck." So I actually commend you on putting the Helpful Hyena board to good use, because lort knows we need to get some mileage out of this site and stretch our roleplayer wings.

Not sure if Crim's briefed you on the tone and subject of most of our RPs. The last few major ones can basically be described as "anime as FUCK" and a, quote, "total disasteroid." But I'm actually down for a challenge, I just don't want you to get your hopes sky-high. Getting posts from these people can be like pulling teeth, and you may not get as many members as you're accustomed. (I don't actually know to what roleplayer girth you've taken, but I suppose if you want in the ballpark around 4-5, we may be able to throw the bodies in.)

Anyways, disclaimer has been fully disclaim'd. So now, my own personal opinions and feelings on the RP ideas.

Oh wait, my personal disclaimer: I'm a child of science and sass; I really don't know fuckall anything about history. I was at first going to suggest that we port your ideas into fictionalized versions of what they should represent. This would mean keeping everything basically the same, having history play out however you want it, but make the factions and forces more personalized and catered to us. I then realized that would probably just needlessly crank up the work-load, but let me know what you think about it. Obviously, as someone with a middle school-like understanding of history, learning and reading about the actual periods and pasts would just be like learning something NEW and FANTASTICAL anyways.

My top choice is the Polynesia roleplay. I feel like islands lend themselves well to segmented adventures, parceled out in however long it would take characters to cross bodies of water and set up camp. Could offer a lot of variety in terms of tribes and challenges too, and I don't mean this coming from a Survivor fan! AHA AHA. Plus, I get the pirate vibe from it. One of CR's top-percentage RPs was known as "Infinite Skies" and was essentially an island-hopping pirate adventure in the skies with airships. The new Disney movie and Pokemon game are also set up in island locales, so that may help drum up some interest.

The others are all sort of equal for me, personally. I'm sad to say that my knowledge of history doesn't get better the closer we crawl to MODERN TIMES, so Cold War and WWII will leave me equally as puzzled. Then again, as long as there are extensive backgrounds and you're ready to field questions whenever they arise, any of them could potentially be fun. Shout-outs to Cold Warhammer for being a great name and Reincarnation for just being a cool-as-fuck concept. I'm not a huge fan of sci-fi, so the former is a little daunting. The latter presents the challenge of creating multiple characters, all in detail and freshness, but with the risk of losing them on any errant dice-roll. Thrilling, though! 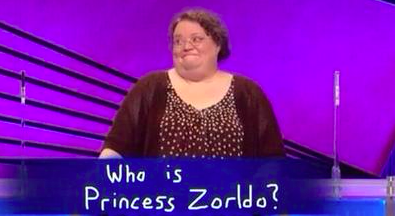 I'm a bit of a black sheep around these parts. Often times, I have preferances for things most of these other gits wouldn't be overly interested in. They tend to like RP's that are at least somewhat light hearted, even if they have some grimdark involved.

Pure grimdark is what DC's live action teams have been pulling endlessly, and as has been discussed (before you showed up) on... numerous occasions... this is why they fail. DC's ANIMATED division, with Warner Bros, often make content that is both grimdark with well placed moments of fun/light-heartedness.

Cold Warhammer: It's just a shame we'd likely be stuck playing the Americans, when the Soviets would be far more interesting.

Reincarnation: While it could be interesting, adventures tend to be more fun than never-ending social experiments. Could definitely be more interesting to mix this up with one of the other ideas.

Polynesia: As TMS points out, one of our most successful RP's was island based, allowing you to move from arc to arc somewhat more easily, as each arc is part of an island. Even if you return to an island for a new arc. Could add in a sort of reincarnation, through the use of spirits and possession.

Spanish Conquest: NO ONE EXPECTS THE SPANISH INQUISITION!
... Not overly fond of this one though.

WW2: I'm always down for a good war RP. Even better if abilities are involved.

Tyroki- who said you'd be playing as the Allies?

I talked about this in Skype but let's commit it to a forum post!


For Cold Warhammer, I gotta say, I don't know shit about actual Warhammer and I'm pretty sure a significant part of others also don't. But if that franchise name is just in there for the pun, then maybe an alternate history Cold War in space could be interesting. Definitely worth considering.

The Reincarnation RP is interesting, though I'm not sure how well it would work out. Once you die, you're still going to be reborn as a child, so unless we do some serious synchronized dying and timeskipping, I'm not sure how much merit we'll actually get out of the main "gimmick"?

I'm not as positive about the Polynesia idea because it is similar to things we've done before. So it'll probably be fairly smooth, but also a bit boring? Also, we'll make some kind of attempt for a Pokémon Sun & Moon RP, so we'll be exploring Hawaii soon enough anyway.

Spanish Inquisition is probably my personal favourite. I love me some Native American/Aztec/Inca culture, and find that it appears too rarely, probably cause all the names are too fuckin hard to remember. Playing as characters that are either ignorant, prejudiced or both could also be interesting.

WWII is a classic, though I wonder if this one might not be too gritty for poor innocent CR. Then again, Valkyria Chronicles could pull it off, so there's probably a way to make it work.